“The Madwoman of Chaillot” by Jean Giraudoux

The Madwoman of Chaillot by Jean Giraudoux

Highlights of our successful IndieGoGo Campaign for The Madwoman Of Chaillot

The Madwoman of Chaillot is a piece written by Jean Giraudoux in 1943 during WWII. During this tumultuous wartime, the author expresses skepticism at the possibility of changing society in any other way than to return to earlier values.
Set in Paris, The Madwoman of Chaillot tells the story of an older woman named Countess Aurelia (The Madwoman) who discovers a few businessmen are planning to destroy Paris and seize the oil lying under its grounds. The Madwoman with a group of friends (fellow drifters and social outcasts) in their magical and playfully innocent way, challenge the businessmen and take back what rightfully belongs to the people of Paris.
This play is a modern fairy tale that warns us of the horrors of greed, but also reminds us that we all possess the power to fight for the values we believe in. 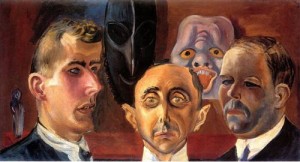 Giraudoux uses words as ‘musical architecture’ to tell the story of a society polluted by people who worship money.

These soulless businessmen – or “ICKS” as we refer to them – are people who believe in destroying everything related to culture, art, and the human experience.
They destroy in the name of money and power and they only think in square feet and dollar signs.

Does this remind you of any people you have met in your own life?

Have we, as a society, fallen victim to the power of money and bought into its false promise of happiness?

The Impact Of The Play 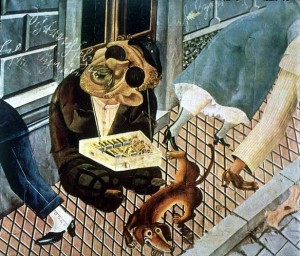 The theater is the only place where different imaginations can connect. Where the audience and performers share together a unique ritual experience. We want to provide our audience with a safe space not only to experience the magic of theatre, but, most importantly, to contribute to the artistic conversation.
As artists and creatives, we try to relate to our contemporary audience by offering new insights on our society and the problems we face today.
While we do not have immediate answers to the issues posed in the play, we believe that by posing the question openly, we will insight the audience to find the answer within themselves and within their community. 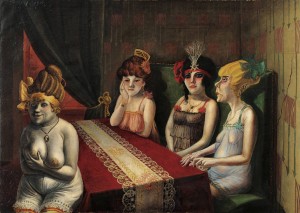 How can a play that we see as a eulogy to the old age be staged in a time when we refuse any sign of aging and live as if we will never die? How can the life of an old countess, a character between farce and allegory who wishes to save the world with her group of rag pickers, vagrants, and stray cats interest anyone nowadays? Specially in a time when we turn a blind eye, vexed possibly, by all the scarred faces from all the figureless bodies under all those colorless rags that inhabit the streets of our cities. How can a long wait for a loved one be interesting, when everything is consumed so quickly these days?

It is during these times of crisis, of doubts, and of questions regarding an economic system that has disintegrated before our eyes, as indcredible as it may seem; now is the time to remember how to dream, how to resist, to hope, to go back to believing in the values of perhaps ancient times, never truly gone yet still alive in the creases of our memory. 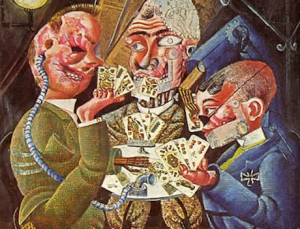 The text is complex, bizarre but very contemporary. It tells the story of a society polluted by the “money god” and the attempt to save humanity from those bleak faces that are holding the world in their grasp. The population of Chaillot, through the local fool, Aurelia, learns that a small number of powerful men are hatching a plan to destroy Paris and seize the riches lying under its grounds.

This is the starting point of a gripping story that includes power dynamics, strategy, envy, and personal reflections that pour from this small neighborhood and reach far from it… all the way to us. The story, full of symbolic sparks and references to modern day society, develops on two levels: the first, intimate and personal, for example, the story of Aurelia and of her lost love, thus the theme of abandonment, of the quest for love and the incapability to communicate. Or on the other hand through the emerging love story between Irma and Pierre, two hands that meet each other, they touch and they are magically significant. These are all themes that belong to our modern life now more than ever. We are in a society where virtual communication is taking hold over real relationships, where a love interest is found on social networks if you’re lucky, otherwise there are artificial algorithms that, after having probed your desires, deliver via courier your prince charming.
On a second, more collective, level, the story’s narrative describes the slow unstoppable decline of society, which is more and more dependent on the egotism of our personal well-being and satisfaction. Isn’t the Western World just this, the quintessence of capitalism? 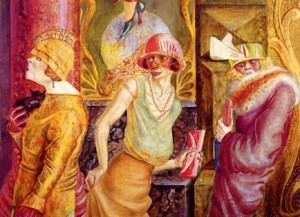 A window on a world more and more closed around itself, but still full of desire for change and drive for hope? This hope is being offered to us by all the people inhabiting the streets and squares of Paris, selling a flower or a song- not just for survival, but for the joy of a smile. It is this atmosphere that we would like to communicate to our audience, having them take part in this musical fable, inviting them, for example, to dance a waltz celebrating with us our victory.
The structure of the text is, in fact completely musical, with recitatives, cavatinas from almost every character and memorable arias such as Irma’s monologue at the end of the first act.

How can this not remind us of Downtown LA or any major city in the world?

Every corner is full of lost lives- or maybe truly free lives because, having nothing, they have nothing to lose. One only has to look up at the mythical twinkle of mirrors up high, reflecting the sky where the people who count reside, surrounded by glare and light: the true stars of our times that pick our fates from above. Gods dancing in an infernal Olympus. 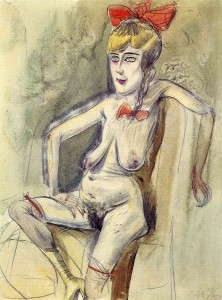 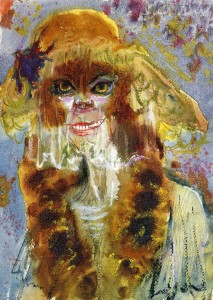