ETTY HILLESUM: A VOICE OUTSIDE THE CAMP

ETTY HILLESUM: A VOICE OUTSIDE THE CAMP

A surrealistic drama based on the diaries and letters of Etty Hillesum,  a Jewish woman living in German-occupied Amsterdam during the Second World War.

“I see no alternative, each of us must turn inward and destroy in himself all that he thinks he thought to destroy in others. And remember that every atom of hate we add to this world makes it still more inhospitable” Etty Hillesum

Etty Hillesum : A Voice Outside the Camp

Based on the diaries of Etty Hillesum,  the play celebrates the radical altruism of a  surprisingly contemporary liberated woman who fearlessly searched for a deeper truth.

Etty Hillesum’s intense and vivid life – interrupted by Nazism – is an exceptional example of resistance to incomprehensible devastation and suffering.

Born in the Netherlands in January 1914, Etty Hillesum began her diary in 1941, nine months after Hitler invaded her home country. Her life was completely transformed. In the transit camp of Westerbork, while working tirelessly to help other people, she recorded what she saw in her letters and diaries, and somehow she found a way “to pull herself out of it”, to become the “thinking heart of the barracks, to be the voice outside the camp.
Her words are a testament to her unflinching introspection and her personal triumph over the horrors of the Nazi Holocaust.

First Etude – Etty Hillesum:  A Voice Outside the Camp 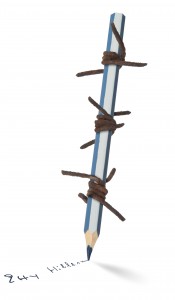 From every instant, a new instant is born, that contains new possibilities and that often, unexpectedly, reveals itself to be a new gift. And so life flows through you within, like an uninterrupted flux, in a single great succession of moments, of which each and every one of them has its place during the day: so, can’t you do any better? I can’t really do anything, I still can’t manage to express myself. Stop. Have patience. And if you can’t manage to say it, someone else will say it for you, like Rilke, for example, or Brahms. Bye. Etty Hillesum

What we present in this festival is the first Etude and attempt to find a voice to the spiritual journey of this extraordinary woman. The first necessary act of her path.